EDIT: Transport for NSW has issued a Media Release in response here

Passengers and drivers on State Transit Authority buses have been complaining for months about the “tap on, tap off” travel smartcard machines breaking down on a daily basis.

Tens of millions of dollars in lost revenue have been racked up, a shortfall to be ultimately footed by taxpayers.

Exclusive data obtained by The Saturday Telegraph reveals fare box revenue in the 12 months since the Opal card rollout is just $330.2 million. But if 22 million free trips accrued by Opal card users in the past 12 months after reaching their daily or weekly caps were included, the lost revenue — based on the minimum fare of $2.40 alone — would be upwards of $52.8 million.

Transport for NSW said fare box revenue was seasonal and that over the last 12 months “revenue has met expectations’’. But Rail, Tram and Bus Union division president Gary Way said Transport for NSW would have “no idea’’ how much revenue was being lost when card readers failed.

“That would be the main question and I reckon it would be more (than $20 million). Everyone travelled around all summer and no one paid,’’ Mr Way said.

And this could be just the tip of the iceberg. NSW has issued 2.8 million Opal cards and logged more than 81 million bus trips since the system went live in April last year. 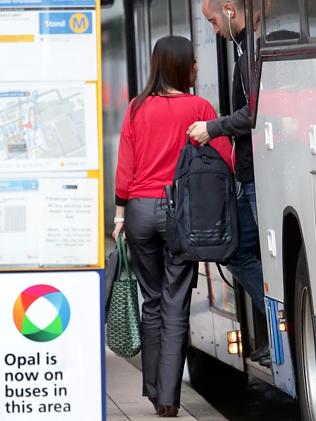 But that is almost 144 million fewer passenger boardings than in the 2013-14 financial year, meaning the majority of people are still using old cardboard tickets or are riding free because they cannot tap on.

The government is clawing some of its lost revenue back by overcharging them when they cannot tap off.

A briefing note sent to depot managers by STA management, obtained by The Saturday Telegraph, confirms that passengers would be able to travel free while the computer upgrade was under way. Drivers are reportedly letting passengers on for free rather than hold up the trip wrangling with faulty machines.

One driver, who declined to be named, said bus drivers were told “just let them on’’ rather than delay services as people tried to wrangle with the faulty readers.

“It’s either the old (ticket) green machines are working and Opal is dead or vice versa,’’ he said. “You never get the two of them working together.’’

Transport for NSW spokesman said that software upgrades are normal procedure for electronic ticketing systems and will continue.

“These upgrades have already been rolled out successfully to 220 buses across two STA depots and largely take place between 11pm and 4am to reduce impact on Opal customers,” he said.

“For those few buses not upgraded during the night, the bus computer and reader will automatically upgrade and there is a small chance a reader will not operate for a short period. Bus drivers have been advised on customer communications for this eventuality.”